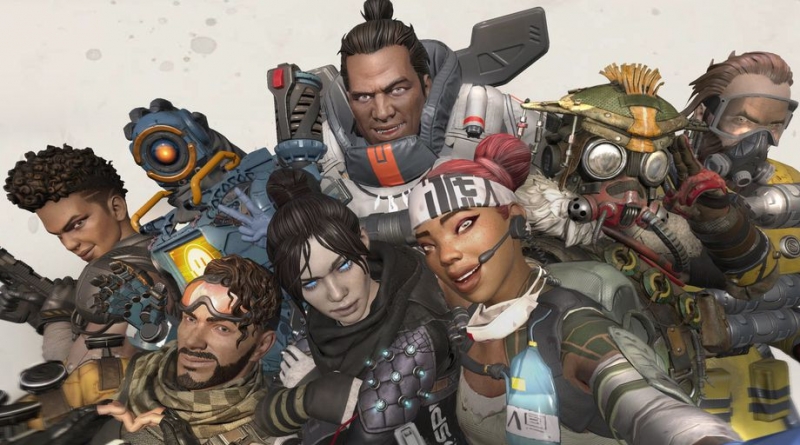 Last night the Syndicate of Geeks decided to try out Apex Legends for the first time. It was quite an experience, mainly because we kept getting killed over and over again and not quite knowing what we were doing. Last night we all felt like N00Bs.

When Fortnite was released I gave that a try and enjoyed it for the most part. However, what singed my enthusiasm for it was the building aspect. It didn’t matter how many people I could shoot, or how good I was at remaining hidden until the circle became as tiny as it was going to get; if I was unable to build a fort in the space of 2 seconds I had no chance. And for me that sucked the fun out of the game.

So when I heard there was another game practically overshadowing Fortnite that has the same Battle Royale style without the building aspect, I was all for giving it a try.

For the most part Apex Legends is very similar to Fortnite: you parachute into a location, gather loot from buildings or loot boxes (guns, ammo, armour etc.), with the intent of killing everyone in game and being the last one standing, all whilst being pushed into a circle on the map that gets smaller and smaller the longer you survive.

After playing Apex Legends though, I soon realised there was more to it than meets the eye. It is a First Person Shooter rather than Third Person, and you have to team up in a team of 3 and you have to work together. Each character you play has its own skill set that will benefit the team, and no 2 players can pick the same character. It took each of us a while to get to grips with the skills our characters had, and I went from using Wraith who I thought looked the coolest, to Gibraltar whose skills complimented the other two characters my team mates had chosen.

In the end our team ended up with Gibraltar, the tank whose abilities included a Gun Shield and a Dome of Protection; Lifeline, the healer who has the ability to heal you with a drone and call in a care package that provides something useful for the team; and Bloodhound, the tracker who can track when foes are nearby.

This game isn’t about choosing the character you think looks cool, it’s more about choosing a character with the right skills that compliment your team mates. I think this is where we were going wrong when we first started to play. We were expecting a game like Fortnite but we discovered a game that is more challenging and one you really need to have skill to play.

We had a good few hours playing Apex Legends and I think the highest we placed was 7 out of 20. This isn’t bad considering we are total N00Bs at the game, but at the same time the amount of times we died within a short space of time was taking the fun out of the game… and I was almost wishing this was a game like Fortnite.

I think what the game needs is some sort of practice area, a place you can go just by yourself to harness the skills of each character and get a decent feel for how each element of the game works. There is a tutorial you can play but this is only short and doesn’t really give you time to practice. Each time we were getting in to battle we did do a little better, but we were killed pretty quickly without getting much of a chance to put the character’s skills in to play.

I realise that this is the type of game that you just have to keep playing to get better, and that all of the players currently in world have had to do the same. But when a game starts to not be much fun to play, I just want to quit and move on.

I know Apex Legends is relatively new so they’ll be adding new things all the time. As soon as they add some sort of practice area I will be back to give it another try. But until then, I will give it a miss.

My favourite TV Shows of all time have to be Lost and Firefly, and I am a huge LOTR fan. If I'm not watching a show or movie, you can usually find me on the PS4 playing Dragon Age and the like. I'm not a professional writer by any means, but I am passionate what I write about and that's all that matters, right? :)

Bill & Ted Face the Music – Official Trailer Release – and we are officially excited!

It’s been 29 years since the release of the sequel, Bill & Ted’s Bogus Journey, which saw Bill & Ted

Can PC Building Simulator teach you how to build a PC?

Do Not Feed the Monkeys: Big Brother at its most comical.

New Sonic ‘Live-action’ movie is not quite how you remember him!